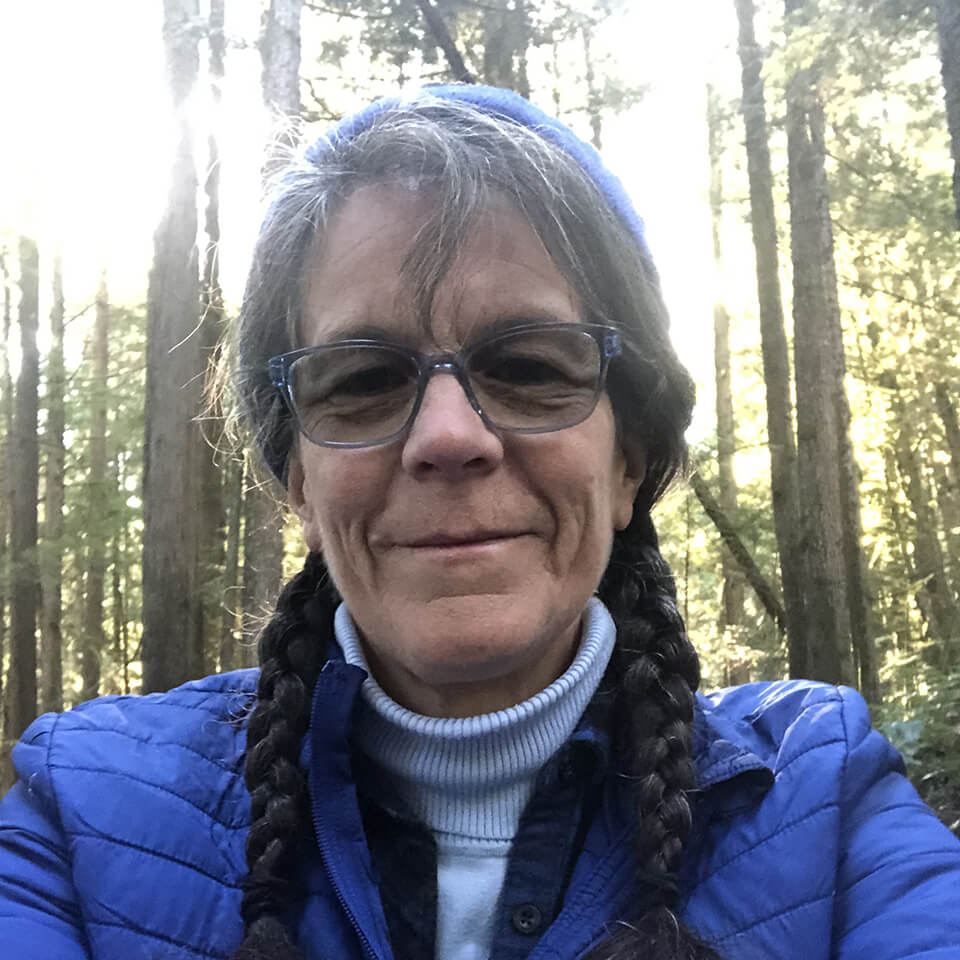 My husband and I are very proud parents to our three wonderful daughters, our sons-in-law and grandparents to our four delightful grandchildren.

My career as an educator spans over 30 years. Beginning as a preschool teacher, I’ve also worked as an interpreter for the Deaf, an intervenor for the Deaf/Blind and finally a StrongStart facilitator.  While I was a facilitator part of my philosophy involved spending as much time outdoors as possible. We explored many spots in the valley but one we visited often was the Lerwick Forest. We spent many days there, learning about science, math, art and literacy. We made fairy doors for the trees and for a few years, did various activities around them. I worked with the city’s Park Department for six months to create an officially designated area called, Fairy Lane. This endeavour was one reason I was nominated for and the recipient of the Prime Minister’s Award of Excellence in Early Childhood Education in 2016.

I look forward to exploring the outdoors with your children and getting to know new families.

Return to Our Nature Educators